PODCAST – Are we at the brink of a rubber supercycle? 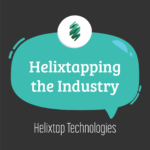 Helixtapping the Industry
Are we at the brink of a rubber supercycle?

Arusha – Welcome to Helixtaping the industry, a series where we examine the forces driving the rubber markets today. I am Arusha Das, senior research analyst of Helixtap Technologies.

Since then, of course, we’ve seen the market go on an absolute tear, which has also taken them by surprise. So now the question is, had we hit the max yet? So, on this episode of Helixtapping the industry, we speak again with Brian about what’s driving prices higher and are we really at a brink of a rubber supercycle.

Arusha – Hi Brian, welcome back to Helixtapping the industry.

Brian – Thanks, Arusha. It’s a pleasure to be here again.

Arusha – Did you have a look at the latest rubber prices?

Brian – I did; indeed, the prices came in slightly hotter than expected, but of course, everyone is talking about the idea that all of this is supposed to be transitory.

So here we are, almost two years of the global pandemic, and I don’t think this is going away anytime soon.

Arusha – Right, so of course, there is debate about what transitory means? Does it mean pandemic related, or is it really the new most talked about phenomenon, “the Super cycle,” and that’s what we will split hair on today.

Brian – Of course, I believe it is very important because things have gotten to a whole new level when it comes to any commodity. We have energy prices going leaps and bounds, logistical issues, lack of investment, and all the inflationary pressure to top it.

Arusha – yeah it is interesting and you framed that really well coz you know, sometimes we consider these things separately what we forget that these pressures compound. So, bad weather affects the farms in Thailand, affecting the warehouses and shipments, which ends up affecting the whole distribution channel. And on the rubber pricing front, you see the same thing like the energy price spikes; the fertilizer companies have to pare back production because it’s no longer profitable, making fertilizer costly, and that feeds into the pricing.

Brian – Yeah and another big thing everyone is talking about is how much of this is caused by the years of unstructured investment in the production side and now, we are sort of reaping the consequences of all of that. So, there is just too much going on.

Arusha – yeah, that’s true so before we start talking about how it happened and what we foresee in the coming months. We need to understand first what is exactly a supercycle and if rubber went through any such cycle in the past.

Brian – So a commodity supercycle is a near decade-long period of time where the commodities trade well above their long-term price trend. A one- or two-year rally in commodities is not a supercycle rather a rebound from an important event such as we saw after the great recession of 2008-2009.

So, going back by almost one century, only two supercycles for rubber have been identified and each was tied to a very transformational period of economic development.

The first started in the 1950’s which lasted through the 1960’s until early 1970’s. This was driven by the surge in demand in the US during the Korean war, when the US government started to build up a stock. The main producers then, Malaysia and Indonesia saw a massive jump in demand. There also was high inflation, and oil price shocks.

The last super cycle lasted from the mid-1990’s until the financial crisis in 2008. During this time Brazil, Russia, India and China were on a path of rapid industrialization, building a huge demand for raw materials and energy commodities.

Arusha – So looking at the current scenario, there are like three pillars causing this boom in the prices, namely redistribution of demand leading to inflation, lack of structural investment in the rubber industry and the disruption of supply chain. So which one is really the one that caused the big spike you see.

Brian – Actually, all three are far more important than we actually envisioned. If we look at the pre days of covid that is where the underinvestment phase began. What happened was the money was taken from the old economy and moved to the new economy. So, there were investments happening in building up a sustainable tire or synthetic rubber, but we forgot to invest into the upgrading of the rubber plantations to increase yield, or better pay and working conditions for framers so that they do not move on to a more profitable Agri-commodity.

So why would a farmer work with rubber when 1 kg of rubber is equivalent to ½ a kg of rice.

Arusha – And then COVID-19 also caused a huge labour shortage. I remember somewhere in mid of last year when Covid spiked in Thailand and Indonesia, the production saw a drop of around 50%. Even Malaysian plantations saw a shortage of around 70,000 foreign workers in November 2021 and that’s huge.

Brian – We really haven’t been in a situation like this earlier. But now there is some shift happening. The travel restrictions are getting better and at the investments front, the government and other big consumers and producers are working at the ground level. Like in April 2021 Rubber Governor of Thailand revealed that RAOT has invited interested parties to participate in the auction of RSS3 and STR 20. The initiative was to stabilize rubber prices.

Arusha – I hope that brings in some balance. What about inflation? We did have a chat last month and I remember you said its good for commodity prices. I could not agree more. But things went a bit out of hand I guess.

Brian- Yes, while the global economy was recovering in 2021 a lot of countries gave stimulus to rebound in demand. This redistribution of demand led to inflation and now things are a bit out of hand. In December, the U.S. Consumer Prices clocked a 7% year-on-year growth, which was the highest in 40 years. In China, the consumer price index is expected to rise this year, after retreating in December from a 15-month high, while the producer price index was up 8.1% last year, as per industry reports.

Arusha – But Brian, countries like the U.S. and England have raised their interest rates to check inflation.

Brian – yeah, they did, but the question remains whether the shifting monetary policies in the western countries would weaken the rally in global commodities. China accounts for 40% of the global rubber production and we don’t see China tightening its policies yet, in fact, People’s bank of China is working to aid the economy. They are monitoring if there is any artificial rise in the prices but the liquidity is not getting disrupted.

According to various industry reports, the actual global inflation figures are likely much higher than reported, with economists convinced the real numbers are now double digits.

Let’s consider oil. Oil prices breached the $93 a barrel, first time since September 2014 – taking year-to-date gains to over 47%, since the start of this year especially when OPEC and its allies fell short of about 700,000 b/d short of its collective production targets in January, according to industry reports.

That is such a large hole that OPEC, the US administration, nobody can fix this.

Its not just oil, the thing is problems in one market creates problems in the other. First it was coal in China then it was gas in Europe, so it’s like a chain reaction which keeps getting tighter and tighter.

So why is the oil shortage different from what we anticipated? it is because oil is now being used in lieu of other energy commodities due to the shortages and the global initiative of transitioning towards cleaner energy. Bottomline is we are seeing higher risk from these commodities going ahead. The underlying picture is far more bullish than what we thought.

Arusha – Indeed, and there is also the factor of freight cost and the disruption of the supply chain. The freight cost has seen a hike of like a many-fold rise. Not only the cost, the container shortages, port congestion.

Brian – See a rebound in demand does overwhelm the supply chain, we saw a massive shortage in containers and ships. We saw scenarios where people had to wait for almost a month just to get cargoes shipped in Thailand. This was a double whammy for the producers and processors as well, as they struggled to find containers for ready-made shipments while dealing with problems in cash flow.

In an attempt to dodge massive delays in shipments, we also saw a few tire companies opting for alternative freight options like air freight last year to ship just to keep the supply chain undisrupted.

Let’s not even mention freight cost, so the average cost crossed the US$10,000 mark. That is massive and the buyers who booked on CIF basis had to deal with huge losses, this tightens cash flow and the whole chain gets impacted.

Arusha – So just going back to the point we started from is rubber really at the brink of supercycle. Well certain factors like inflationary pressure, oil price shocks and demand rebound, looks very similar to the super cycles the industry witnessed earlier.

Brian – We are on a rebound but a super cycle would probably take another year to start. Rubber has been an underrated commodity for too long, its high time it gets a boost. The good thing is that the demand is recovering, the threat of Covid is waning too. But the consumers are still struggling with lower factory output, labour shortages. There is some push on the supply side at the moment which is keeping the market strong. And actually, you are correct in pointing out that we do see a lot of similarities in what we saw in the 1990’s boom. But the problem is the market is ignoring the price level, as so many disruptive things are happening right now. And the focus is not just on rubber but across the commodities. It is something that is hitting all the markets simultaneously that is really what is at the core of the supercycle.

Having said, supercycles are best defined in hindsight. So, it will be years from now before we truly know whether we are witnessing the start of a new rubber super cycle.

Arusha – Thanks for rounding us off Brian! And thank you for joining us on Helixtapping the Industry.

Arusha – If you enjoyed today’s episode, let us know at  marketing@helixtap.com!

For more updates on the Rubber industry please check out www.helixtap.com and you can also follow us on socials under the handle Helixtap for more updates

Thanks for tuning in to “Helixtapping the Industry”. Until next time!